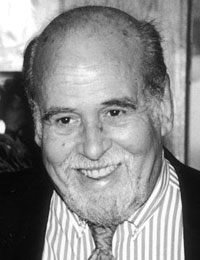 A short excerpt from the Booklet essay by Adrian Martin.

From the very first moments of his first feature Blood (O Sangue, 1989), Pedro Costa forces us to see something new and singular in cinema, rather than something generic and familiar. The black-and-white cinematography (by Wenders compatriot Martin Schâfer) in Blood pushes far beyond a fashionable effect of high contrast, and into something visionary: whites that burn, blacks that devour. Immediately, faces are disfigured, bodies deformed by this richly oneiric work on light, darkness, shadow and staging.

Carl Dreyer in Gertrud gave cinema something that Jacques Rivette (among others) celebrated: bodies that ‘disappear in the splice’, that live and die from shot to shot, thus pursuing a strange half-life in the interstices between reels, scenes, shots, even frames. Costa takes this poetic of light and shade, of appearance and disappearance – the poetic of Dreyer, Murnau, Tourneur – and radicalises it still further.

In Blood, there is a constant, trembling tension: when a scene ends, when a door closes, when a back is turned to camera, will the character we are looking at ever return? People disappear in the splices, a sickly father dies between scenes, transforming in an instant from speaking and (barely) breathing body to heavy corpse.

Blood is a special first feature – the first features of not-yet auteurs themselves forming a particular cinematic genre, especially in retrospect. Perhaps it was from Huillet and Straub’s Class Relations that Costa learnt the priceless lesson of screen fiction, worthy of Sam Fuller: start the piece instantly, with a gaze, a gesture, a movement, some displacement of air and energy, something dropped like a heavy stone to shatter the calm of pre-fiction equilibrium. To set the motor of the intrigue going – even if that intrigue will be so shadowy, so shrouded in questions that go to the very heart of its status as a depiction of the real. So Blood begins sharply, after the sound (under the black screen) of a car stopping, a door slamming, footsteps: a young man has his face slapped. Cut (in a stark reverse-field, down an endless road in the wilderness) to an older man, the father. Then back to the young man: “Do what you want with me.” The father picks up his suitcase (insert shot) and begins to walk off … The beginning of Colossal Youth also announces, in just this way, its immortal story: bags thrown out a window, a perfect image (reminiscent, on a Surrealist plane, of the suitcases thrown into rooms through absent windows, the sign of a ceaseless moving on and moving in, in Ruiz’s City of Pirates) of dispossession, of beings restlessly on the move from the moment they begin to exist in the image.

Adrian Martin’s complete Essay, from which this short excerpt is taken, appears in the booklet of the DVD release.

A short excerpt from the booklet

Strictly Film School
The House Next Door
Senses of Cinema