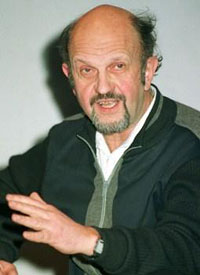 A short excerpt from the Booklet essay by Peter Hames

Valerie and Her Week of Wonders was adapted from a novel by the poet, Vítězslav Nezval, who had been active in the Poetist movement of the 1920s and subsequently co-founded the Czech Surrealist Group in 1934. One of the major writers of mid-twentieth century modernism, he was also active in theatre and cinema and collaborated on three features with the best known Czech auteur of the 1920s and 1930s, Gustav Machatý – Erotikon (1929), From Saturday to Sunday (Ze soboty na neděli, 1931), and Ecstasy (Extase, 1932). The last of these created something of a scandal with its nude images of Hedy Kiesler (later Lamarr) and was condemned by the Vatican. Another collaborator on these films was Alexandr Hackenschmied (Alexander Hammid), who later worked with Maya Deren in the United States. Nezval also worked with the avant-garde novelist and film maker Vladislav Vančura on his film On the Sunnyside (Na sluneční straně, 1933).

Valerie and Her Week of Wonders was written in 1935 but not published until 1945, when it received little attention. Clearly inspired by fairy stories and the Gothic novel, it was, wrote Nezval in his foreword, intended to appeal to those who ‘gladly pause at times over the secrets of certain old courtyards, vaults, summer houses and those mental loops which gyrate around the mysterious’.

In a key article on the novel (‘On Valerie, Nezval, Max Ernst, and Collage: Variations on a Theme’), Giuseppe Dierna suggests possible influences such as the Fantômas novels by Marcel Allain and Pierre Souvestre, which had been published in Czech in the early 1930s and Max Ernst’s collage-novel A Little Girl Dreams of Taking the Veil (Rêve d’une petite fille qui voulut entrer au Carmel, 1930). Nezval was also an admirer of Matthew G. Lewis’s novel The Monk (1796), for which he had commissioned a Czech translation. He was familiar with F.W. Murnau’s film Nosferatu (Nosferatu, eine Symphonie des Grauens, 1922), on which he wrote in a review, ‘in art horror must be more than horror, it must be poetry’. These influences do not, of course, explain the novel, but they reveal something of the contexts in which it was produced.

Jaromil Jireš adapted the film with the writer and designer Ester Krumbachová, who had already worked with both Jan Němec and Věra Chytilová, and stylistic traits can certainly be traced across her work with all three directors. Jireš and Krumbachová, however, have adopted a more low-key and less threatening approach to the story than in the original novel. Jireš was not a surrealist and, although he described this as his favourite film, it was the only one that he made in the genre.

Peter Hames` complete essay appears in the booklet that accompanies the DVD release.

A short excerpt from the booklet essay